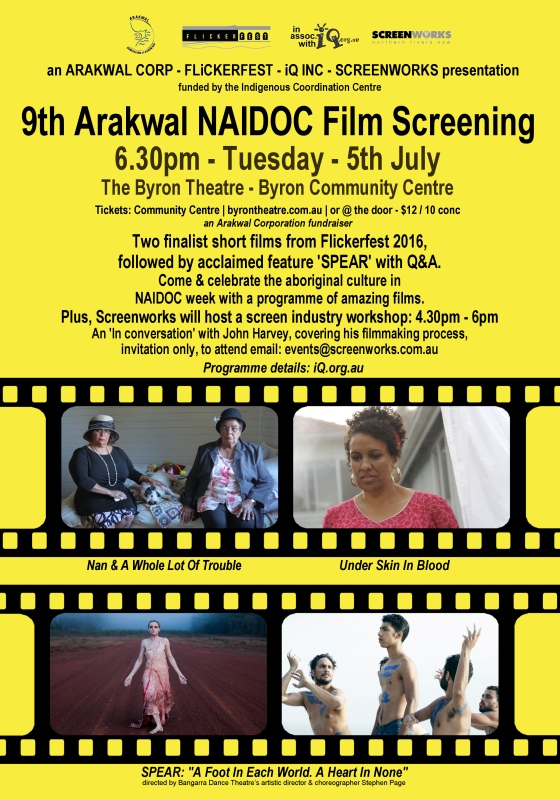 The screening will be followed by a Q&A with ‘SPEAR’ producer John Harvey & Flickerfest director Bronwyn Kidd.

This programme will take you on a special journey with some of the freshest aboriginal filmmakers today.

Come along & enjoy these unique stories from incredible filmmakers & support the celebration of the aboriginal culture during NAIDOC week with this programme of amazing films with Q&A.

Plus, Screenworks will host a screen industry workshop with ‘SPEAR’ producer John Harvey prior to the screening at 4.30pm -6pm:

an ‘in conversation’ with John Harvey covering his filmmaking process.  The workshop is an invitation only event, if you are interested in attending please email: events@screenworks.com.au 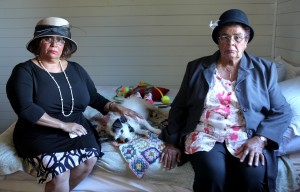 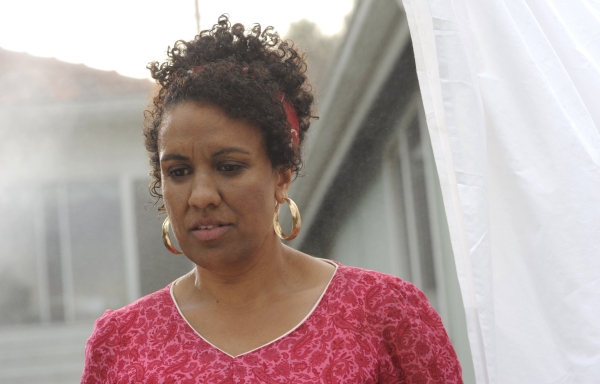 UNDER SKIN IN BLOOD – 12min / 2015 / Drama
Writer/Director: Larissa Behrendt
Producer: John Harvey
Inspired by real events experienced by Aboriginal workers in the 1970s at the Baryugil asbestos mine in New South Wales, a woman recalls happier times before her life was ruined by something nobody could see. 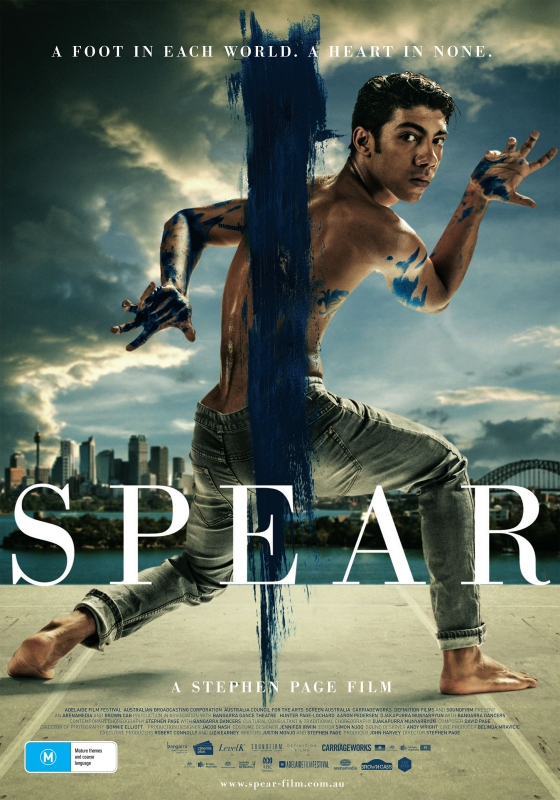 Using gesture and dance, with minimal dialogue, SPEAR follows a young Aboriginal man named Djali (Hunter Page-Lochard) from the outback to the streets of Sydney on his quest to understand what it means to be a man with ancient traditions in a modern world.

Featuring brilliant Bangarra dancers and an evocative David Page score that combines traditional and contemporary music, SPEAR is an intimate journey with one of Australia’s most celebrated artists and one of the most affecting & spiritually resonant films of the year.