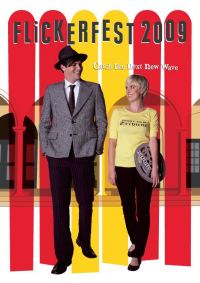 This is the Festivals 10th year in Byron Shire.

Sunday night screening will be The Best Of Australian Shorts.

This year Flickerfest received over 1350 entries, of  which 85 films were selected for the final competition from all around the World & Australia.

Screening on Sunday night is ‘Best Of Australian Shorts’. This programme has been especially curated for the FLiCKERFEST National Tour. The films are a selection from 5 Australian Competition programmes at this years FLiCKERFEST 2009 in Bondi.
Highlights include:
Chicken Of God by Frank Woodley (of Lano & Woodley) On a drought-ravaged vineyard, Yirri is about to kill his last chicken. He’s stopped by his wife, Teresa, who claims the chicken’s comb resembled the face of Jesus.
fOUR: Free love, friendship, family and fondue. (IF Award-Best Short Film)

The Academy®accredited Flickerfest 18th International Short Film Festival has celebrated it’s 10th year of being hosted with iQ Arts & Eco Centre. Shane Rennie organiser of Flickerfest Byron said Flickerfest’s Director, Bronwyn Kidd has delivered another wonderful selection of the best of short films and programmes from Australia & around the World, the bigscreen in Byron Shire being the first stop on it’s 18 venue national tour. A great audience bared the humidity & bathed in great film in full houses all weekend, launched with a fantastic Opening Night of wine tastings, cheeses, grapes and cooling beverages. Audiences were treated to incredible films such as 2009’s Oscar nominee ‘On The Line’ in Friday Nights International 1 programme & in Saturday nights International 2 programme, 2009 Oscar Animation nominee ‘Lavatory Love Story and the Flickerfest 2009 Award for Best Film ‘Dennis’. On Sunday night ‘The Best Of Australian Shorts’, a selection from Flickerfest’s 5 programmes of Australian films in Competition, showcased a great selection of Australian film talent including Frank Woodley’s ‘Chicken Of God’.

iQ Arts & Eco Centre looks forward to further developing ‘Byron All Shorts’, filmmakers/stoytellers and independent cultural expression by continuing to create opportunities through unique activities at iQ Reserve and around the region. To help raise iQ, or to be part of Byrons iQ visit: www.iQ.org.au  or ph: 6685 9999

The official selection is as follows: 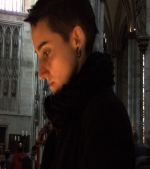 Ricochet – Dir/Writ/Prod: Laurel Barickman (8m 4s)
Are you willing to lie to keep the memory alive?

Natural Justice – Dir/Writ/Prod: Larry Larstead (2m 18s)
It seems that man has done just about all he can do to finish nature off, but perhaps nature still  has some fight-back left in her!

Bi-Beauty
Dir/Writ/Prod: Sachiko Kotaka (5m 8s)
A mysterious classical Japanese beauty interacting with the work to create a ‘beauty shrine’ in an old Japanese tea-house in a bamboo forest garden, aims to investigate & explore the facination with idealised, yet ambiguous notions, around ‘beauty’ in our society.

Dashenka
Dir/Writ/Prod: Jess Williams (19m 15s)
Dashenka needs to escape and regain her freedom, but will she?

Wylderness
Dir/Writ/Prod: Watermark (5m 9s)
A story is told of the journey of initiation amid the merging of worlds, at once both ancient & futuristic.

‘The Byron All Shorts’ competition will celebrate the film making talent in the Northern Rivers region and encourage audiences to experience the many local stories that are produced in the region each year.

This competitive local programme will screen over the Australia day long weekend. 23rd- 25th of January 2009 as part of the Byron Flickerfest 3 day screening’s of the best of the worlds short films.

Awards: Two prizes will be awarded as part of the competition.

The Jury Award will be selected by Deb Cox (East of Everything, SeaChange), Jill Moonie (Screenworks) & Bronwyn Kidd (Flickerfest festival director) who will be present to introduce the screenings; and the Audience Award will be voted by those in attendance.

Conditions of Entry: Films may originate from any format, but must be entered in DVD format and no more than 30 mins in length. All genres are acceptable for this competition and films are to be completed within two years of the close of entries from residents of Northern Rivers.

The Byron All Shorts screening will be on Saturday afternoon at 5.30pm with announcement of the winners at the Sunday night festival screening.