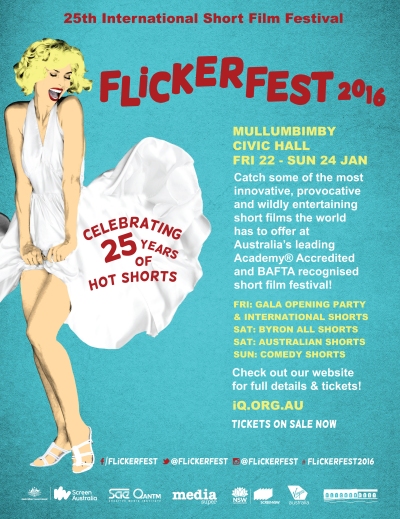 Tickets: moshtix.com.au & at the door.
All sessions approx 110 mins (Classification: under 15yrs to be w/Adult)

Celebrating its landmark 25th year, Flickerfest, Australia’s leading Academy® Award accredited and BAFTA-recognised Short Film Festival, and the country’s largest Australian & International short film competition, screens the best of shorts from Australia and around the globe; ensuring the presentation of A-list short film programmes recognised amongst the best in the world.

Flickerfest screens for 10 days under the summer stars at Bondi Beach from 8-17 January 2016, with selected highlights the most entertaining and innovative short films from around the world touring Australia on a 50+ venue national tour from Jan – May 2016; with Byron shire being the first stop.

Flickerfest is screening for its 18th year in the Northern Rivers region in 2016 and will celebrate its landmark 25th birthday since the festivals 1st ever screening in Balmain Sydney back in 1991.

The Flickerfest 2016 tour will take place at the new home of the air-cooled Mullum Civic Hall, screening a smorgasboard of the worlds and Australia’s best shorts over one big weekend handpicked from a record 2400 entries.

Come celebrate amazing independent film-making in Mullumbimby from the 22-24 Jan.

Saturday afternoon kicks off with our Byron All Shorts local filmmakers finalists screening showcasing the best from our region, and Saturday night our Best Of Australian Shorts light up the screen.

Amongst an amazing array of highlights this year is a delightful locally produced comedy film ‘Nan And A Whole Lot Of Trouble’ shot in Tullera, Lismore and Wardell and produced by local resident Lois Randall directed by award winning indigenous director Dena Curtis, will have its world premiere at Flickerfest Sydney in the Academy® Accredited Australian competition and its Northern Rivers premiere at Flickerfest on tour.

Don’t miss this one-off chance to see this and other amazing shorts before they continue their journey around the world; curated from the Flickerfest competition screenings at Bondi; expect to experience the best in short film-making Australia & the world has on offer.

OH-BE-JOYFUL
United Kingdom / 14 min / 2015
WRI: Kayleigh Llewellyn
DIR: Susan Jacobson
PROD: Katie Campbell
On her birthday, the last thing Sophie (Kayleigh Llewellyn) wants to do is care for her wheelchair-bound grandmother, Rita (Sheila Reid). However, Rita is a lot sharper than her granddaughter thinks. Determined for Sophie to come to terms with her sexuality, the ever-cheeky Rita drags her to the supermarket, leaving smashed mandarins and garlic in their wake. It’s an endearing moment of bonding between the two, despite the generation gap. Oh Be Joyful is a heart-warming tale of love, family and acceptance.

AUTOS PORTRAITS (CARFACE)
Canada / 4min / 2015
DIR: Claude Cloutier
PROD: Julie Roy
Carface is a whirling, twirling automotive waltz. To the tune of “Que Sera, Sera,” carefree cars cavort in all directions while the black ooze that fuels them is unremittingly pumped from Mother Earth. The ultimate orgiastic spectacle of our Big Oil–based empire. Let the games begin! The impact is all the more heightened by the film’s outlandish cartoon imagery. Shortlisted for best animated shorts category at the Oscars, Cloutier’s film is a biting commentary of a world threatened by climate change and declining natural resources.

FLAT DADDY
Australia / 16min / 2014
WRI / DIR: Matt Holcomb
PROD: Annie Kinnane
Life-size cut-outs of soldiers away in combat are used by military families to cope with their loved one’s absence. Eating dinner at the table with a life-size cut-out of your dad isn’t exactly ordinary. But for Kate (Kat Stewart) and daughter Cindy (Sophia Tsoltoudis), it’s their only way to fill the void while their absent father and husband Scott (Christian Clark) is on military duty. Based on an award-winning short story by Louise D’Arcy, Flat Daddy is a heartbreaking examination of the ups and downs of family in emotional upheaval. With a soaring orchestral score by acclaimed Australian composer Guy Gross (The Adventures of Priscilla: Queen of the Desert), it will catapult you on a journey of love and perseverance in the face of hardship. (starring Kat Stewart and Kathryn Beck)

ERNIE BISCUIT
Australia/ 20min / 2015
WRI/DRI/PROD Adam Elliot (Harvie Krumpet)
The charming clayography of a lonely Deaf Parisian Taxidermist whose life is turned upside down and back to front when a dead pigeon arrives on his doorstep.
Adam Elliot (Oscar Winner ‘Harvie Krumpet’) is known for his quirky humanist and humorous animations dealing with the outsider and Ernie Biscuit is another delightfully warm and uplifting addition to his short film collections.

HALFBEARD
Australia / 7min / 2015
WRI/DIR: Luke Ryan
PROD: Julian Vincent Costanzo, Marcello Ianno
Gavin is a comedy actor who wants to be taken seriously. That’s why he’s grown a beard. Now Gavin is about to make the crossover into drama. But first he needs to find a razor… Actor Luke Ryan’s hilarious short is a quirky take on hipsters and the latest beard trend. 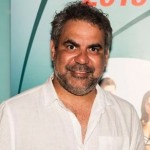 The Byron All Shorts are held on Saturday 23rd Jan, with finalists from the Northern Rivers region hotly contesting for prizes that recognise excellence in short film making.

These amazing & best of local short films have screened to a capacity house over the recent years.

THE JURY: Byron All Shorts will be judged at the screening by an esteemed jury of film practitioners including: Wayne Blair (dir: The Sapphires & Redfern Now to name a couple); legendary Australian actor & activist Tony Barry; & Lois Randall (prod: Gods Of Wheat Street & East Of Everything to name a couple)
(The awards presentation is on Sunday night prior to the Best Of Australian Shorts programme).

Support our regions local stories & support the best of our local filmmakers, alongside the best in the world.

Thank you & congratulations to all entrants & finalists (selected from almost 60 entries)!

The Byron All Shorts were held on Sat 23rd Jan. These amazing local films screened to a capacity house, with 19 finalists from the Northern Rivers region hotly contesting for prizes, that recognise excellence in short film making.

And the winners are:

Runner-Up: ‘Painted’ – Wri/Dir/Prod: Elvis Schmoulianoff
An adventure in stop-motion body art where the paint is alive & tells the story.

SAE QANTM Creative Media Institute – JURY AWARD – EMERGING TALENT
‘Creating Within’ – Wri/Dir/Prod: Darius Devas
Darius and his lifelong friend, Luke Morgan, go on a surfing pilgrimage to remote parts of the South Australian coastline. The trip marked the tenth anniversary of their ‘third musketeer’ Billy Whitton’s death. This film explains the motivation behind ‘Within’
(together with) ‘Within’ – Wri/Dir/Prod: Darius Devas
An impressionistic exploration of the ocean that creates the space to linger, in vivid vibrant detail, dwelling on water in movement, flowing through the majestic folds of nature. The film’s narration, spoken by Guy Pearce is a simple, haiku like tribute to Nature and the interconnection of life.

The Byron All Shorts 2016 finalists programme 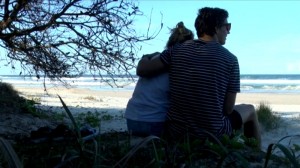 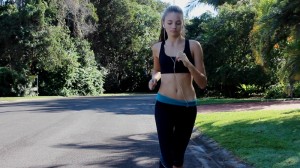 A New Pair Of Shoes / 5m5s / 2015 (Byron Steiner – Mullum)
Wri/Dir/Prod: Maya Duel
When Jennifer Fisher set out for her daily routine of jogging the empty streets in the fresh early morning, things didn’t go quite as she planned. As the streets wind out before them, the new neighbours delve into a topic that causes tension to rise, threatening to push them apart. 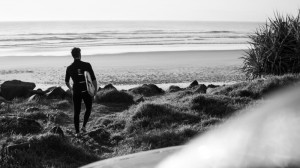 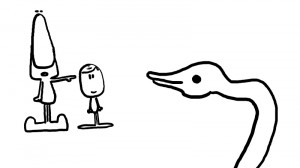 Team Tick / 3m13s / 2015
Dir: Sheldon Lieberman, Igor Coric | Prod: Teagan Thisby Young
Living on a farm has its perks…& its pests. When Gertrude the goose gets a tick, the family does their best to help.
World Premiere 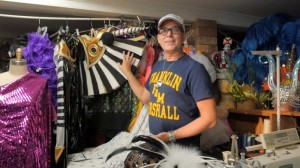 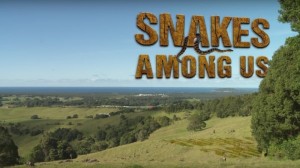 Snakes Among Us / 4m29s / 2015
Wri/Dir: Matthew Pepler | Prod: Buster Williams
Shedding skins of perception, this revealing documentary explores how lo live with the Snakes Among Us.
World Premiere 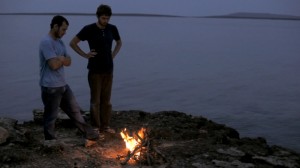 Creating Within / 7m / 2014
Wri/Dir/Prod: Darius Devas
Darius and his lifelong friend, Luke Morgan, go on a surfing pilgrimage to remote parts of the South Australian coastline. The trip marked the tenth anniversary of their ‘third musketeer’ Billy Whitton’s death. Darius reflects on how Billy’s death sparked the beginning of his inward journey, shifting his perspective about what matters in life and expanding his connection to the ocean. 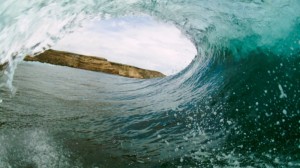 Within / 5m5s / 2014
Wri/Dir/Prod: Darius Devas
An impressionistic exploration of the ocean that creates the space to linger, in vivid vibrant detail, dwelling on water in movement, flowing through the majestic folds of nature. The film’s narration, spoken by Guy Pearce is a simple, haiku like tribute to Nature and the interconnection of life. 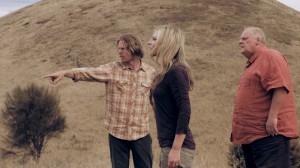 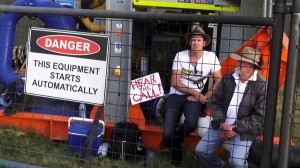 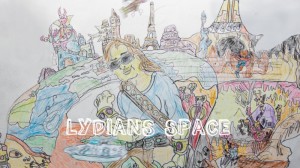 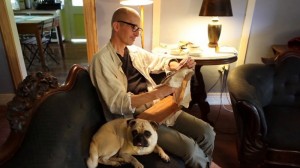 Cross Stitch / 3m / 2015
Wri/Dir/Prod: Michelle Eabry | Dir: Ghita Fiorelli
Eric Smith has been embroidering for over 20 years. Originally from California Eric now lives in Cawongla in Northern NSW. In this short film Eric reveals why he chooses to express himself in thread. 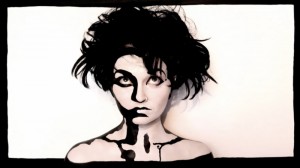 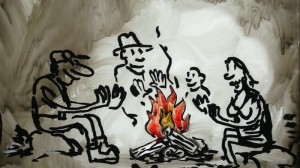 Citizen To Activist / 4m39s / 2015
Wri/Dir: David Lowe | Dir/Prod: Eve Jeffery
Get up! Stand up! A not-so-serious look at the journey from citizen to activist.
Regional Premiere 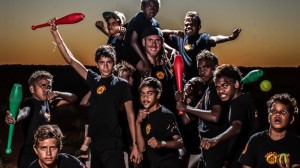 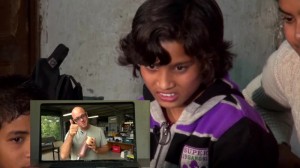 A Surfers Legacy / 18m / 2015
Wri/Dir/Prod: Andy Bambach, Ranis Willis
An Australian surfer uses recycled limbs to change the lives of the poor in India with the gift of a leg. 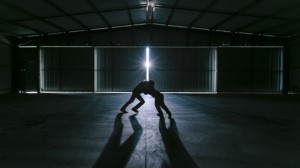 The Battle / 3m / 2015
Wri/Dir/Prod: Sophie Hexter, Poppy Walker
Kayah Guenther is a young artist struggling to find his place in the world. Born with trisomy 21, he narrates his story through dance. A highly stylised and darkly evocative portrait, set to an original score, ‘The Battle’ explores themes of identity, power, passion and despair.
Regional Premiere 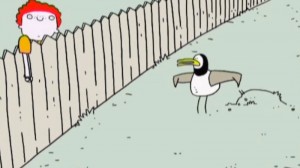 The Plover / 7m / 2015
Wri/Dir: Klutch Kable | Prod/Wri: Sheraden Robins
It is 1977 in the suburbs. Henry Arthur Henry is a pasty freckled ginger who wants the most awesome t shirt on the planet and to jump on Angie Primarano’s trampoline. The only thing stopping him is the plover that lives in the spare block between his house and Angie Primarano’s trampoline.
Australian Premiere 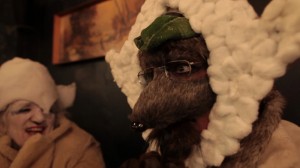