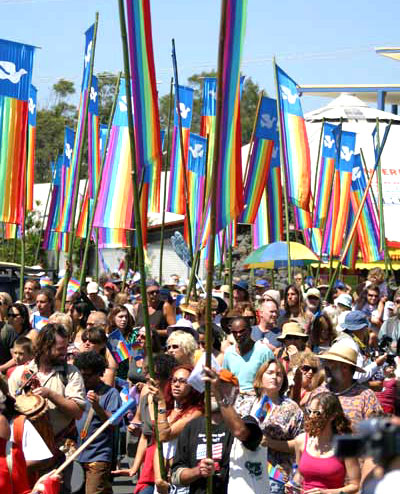 A Peace Expo showcased the efforts of groups like Greenpeace, Oxfam, Seedsavers, Friends of the ABC, No Landmines, Amnesty and local environment groups.

The Peace work continues at www.byronpeacecarnival.com. Visit to print off some ‘Make Peace not War’ posters and spread the word.